Vaillancourt quickly made his mark as an important Québécois artist with his giant public sculptures, and has produced over 3,000 artworks to this day. He studied at the École des beaux-arts de Montréal, and was soon recognized for his first important work, L’arbre de la rue Durocher (1953-1955), carved out of an actual tree from the street. As a politically engaged artist, Vaillancourt has always placed his art at the service of his political, environmental and social convictions. A pioneer of Québec’s artistic affirmation, he has produced many remarkable works that incorporate welded metal, bronze, and wood. His work has been the subject of several retrospectives throughout Québec, and are included in many important collections. He received notable distinctions in Québec, Canada and the U.S., namely the prestigious Prix Paul-Émile-Borduas in 1993, and the title of Chevalier de l’Ordre national du Québec, in 2004. He still lives in his house on rue de l’Esplanade, in Montréal. 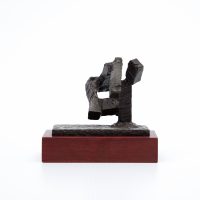 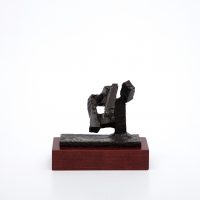 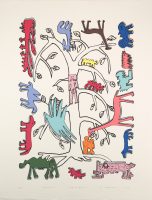