Fernand Toupin was born in Montreal in 1930. He studied at the École des beaux-arts de Montréal, along with Jean-Paul Jérôme. He was a co-signatory of the Manifeste des Plasticiens and co-founder of the Plasticiens movement in 1955. In 1958, he won first prize at the Montreal Museum of Fine Art’s Salon de la jeune peinture for his painting Cabriole. At the turn of the 1960s, granular material began to prevail in Toupin’s work. The 1970s were marked by a series of exhibitions at Galerie Arnaud, in Paris, and the launch of an international career that would lead to shows in Europe, the United States, and Japan. A muralist, sculptor, and printmaker as well as a painter, Toupin designed several sets for Les Grands Ballets Canadiens, including Au-delà du temps and La scouine. At the same time, he produced original prints for Errances, a collection of poems by Fernand Ouellette, and for Hubert Aquin’s novel Prochain épisode. In 2003, the Musée du Bas-Saint-Laurent organized a retrospective touring exhibition and published a catalogue titled Fernand Toupin, Surveyor of Wide Spaces: Painting: 1953-2000. 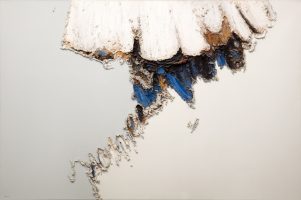 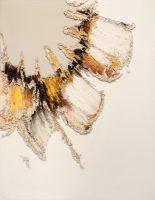 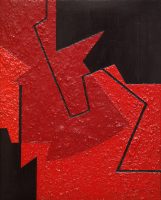 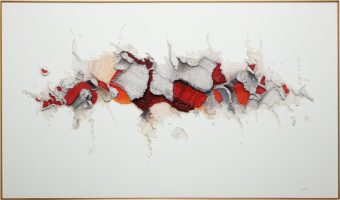 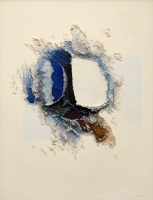 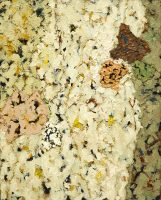 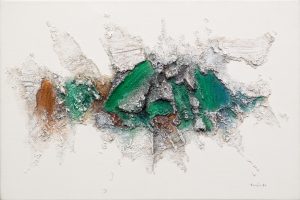 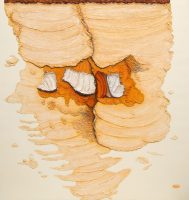 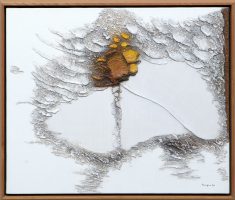 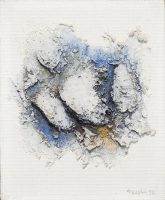 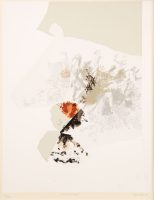