Lise Gervais was born in 1933 in Saint-Césaire, a small town in the Montérégie region. She studied at the École des beaux-arts de Montréal, where her talent was quickly recognized. In the early 1960s, she found herself in the midst of the conflict between the Automatists and the Plasticiens, and, like many other painters of the time, she aligned herself with Borduas’s entourage and became one of the key figures of the post-Automatiste movement, along with Rita Letendre and Marcella Maltais. Despite her exciting and promising début, Gervais’s production slowed significantly due to illness, and she died prematurely in 1998. Nevertheless, she left behind a remarkable, impassioned body of work. 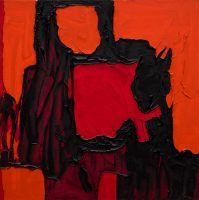 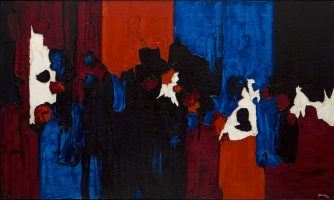 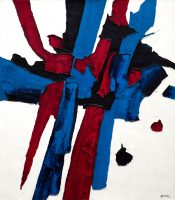 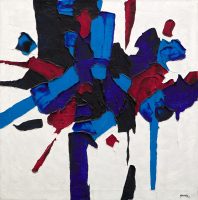