Luis Feito was born in Madrid, Spain, where he studied at the Real Academia de Bellas Artes de San Fernando. His travels took him to Paris in 1956, and in 1957, he founded the El Paso group, one of the most influential Spanish painting movements of the second half of the twentieth century. As a key figure of the avant-garde movement, Feito exhibited in France, Spain, and in Canada, more specifically at the Musée du Québec (today the Musée national des beaux-arts du Québec), at the Musée d’art contemporain de Montréal, and at the Galerie Gilles Corbeil. Feito lived in Montreal from 1981 to 1983 before settling in New York in the early 1990s. His work is part of several prestigious museum collections including the Guggenheim Museum of New York and the Musée national d’art moderne de Paris. A world-renowned artist, Feito was awarded several prizes throughout his career, namely the 1re Biennale de Paris (1959) and the 30th Venice Biennale (1993), where he won the David-Bright Award. He was also named an Officer (1985) and a Commander (1993) of the Ordre des arts et des lettres de France. He currently lives in Madrid. 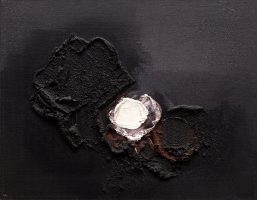 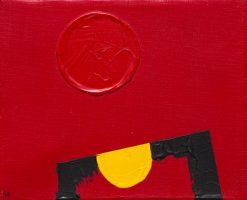 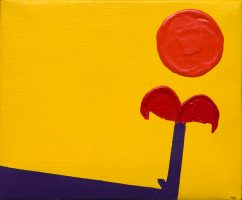 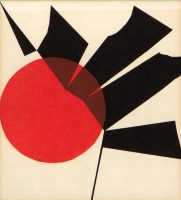