Living in and around Paris since 1951, Belgian painter, engraver, and designer Pierre Alechinsky would remain true to the principles of his “school,” the CoBrA group (1948–51), which advocated experimentation, anti-conformism, group work, and respect for so-called primitive, naive, or popular art forms. His long-time friend Walasse Ting (1927–2010), an artist and poet of Chinese origin, also had a great influence on him, having introduced him to Oriental calligraphy in the 1950s, and then to acrylic painting in New York in the 1960s. Seeking to achieve a fluid, lively, and spontaneous style, Alechinsky eventually put oil aside in favour of acrylic and ink. Still active at 94, Alechinsky has been the subject of many retrospective exhibitions since the 1970s. In 2018, he also received the prestigious Praemium Imperiale for painting in Japan. 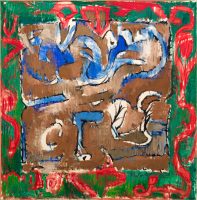 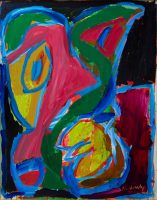 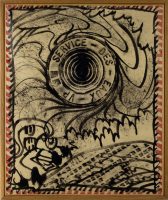 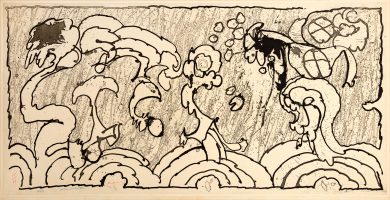 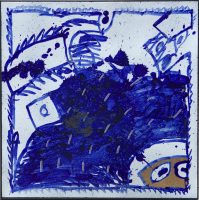 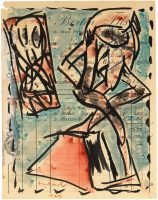 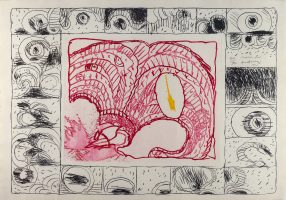 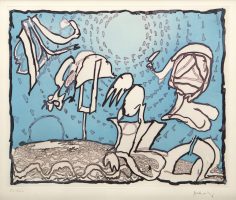 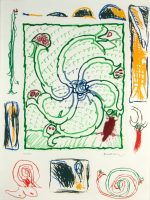 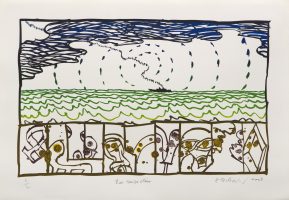 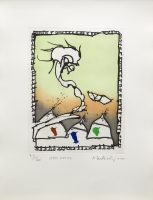