Abstract painter Ronald Bloore had a profound influence on the visual arts milieu in Canada, especially in the Western provinces. Born in Brampton, Ontario, Bloor received a degree in Art and Archeology from the University of Toronto, in 1949, before continuing his studies in the U.S. and England, until 1957. In 1958, he settled in Regina, where he taught at the Regina College School of Art (later the University of Saskatchewan), and was also named director of the Norman Mackenzie Art Gallery. It is here, in 1960, where he would organize an exhibition of national scope that would bring together five artists: Kenneth Lochhead, Arthur McKay, Douglas Morton, Ted Godwin, and Bloore himself. They would become known as The Regina Five. The exhibition travelled throughout Canada, including at the National Gallery of Canada in 1961, and featured works that had a great impact on the country’s art scene. Through his work, whether as an educator, a gallery director, or an artist, Bloore helped introduce a new form of pictorial expression to the national scene that was stylistically in-line with the emerging trends of the New York art world.  Bloore received the Order of Canada in 1993, and was named a member of the Royal Society of Canada in 2007 for his major contribution to the arts as an educator. He died in Toronto in 2009. 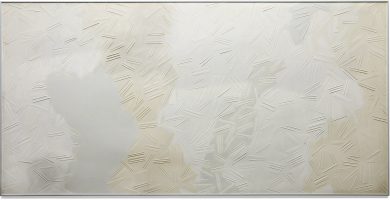