William Ronald was born in the picturesque town of Stratford, Ontario, and rose to become one of Canada’s best-known artists and a peer among the irascible New York Abstract Expressionists. After Ronald graduated from the Ontario College of Art, in 1951, he was encouraged by mentor Jock Macdonald to study under Hans Hofmann in New York that summer. This was the beginning of Ronald’s strong ties with the New York art world. In 1953, he was back in Toronto helping to establish Painters Eleven. The group had its first show at Roberts Gallery in 1954, and Ronald had his first solo exhibition at Hart House that same year. He returned to New York City soon after in search of an audience more receptive to abstraction, and he was signed on at Kootz Gallery. His immersion in New York led directly to institutional acquisitions of his work. Ronald’s art is in the collections of The Guggenheim, the Museum of Modern Art, the Albright-Knox Art Gallery, the Brooklyn Museum, the Washington Gallery of Modern Art, the Hirshhorn Museum, the Smithsonian American Art Museum, the Whitney Museum of American Art, the Art Institute of Chicago, the National Gallery of Canada, and the Art Gallery of Ontario. 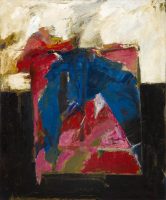 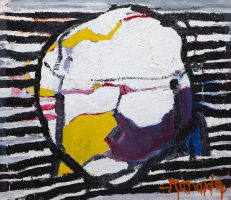 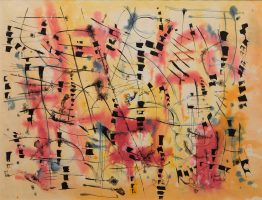