Jean-Paul-Armand Mousseau was born in Montreal in 1921. From 1940 to 1945, he studied at Collège Notre-Dame, where he spent time at Brother Jérôme Paradis’s studio. Shortly after, he enrolled in the École du meuble de Montréal, where he studied under Paul-Émile Borduas. In 1946, he took part in the Automatistes’ first Montreal exhibition, and in 1948, he was among the signatories of the Refus global. In the late 1940s, his painting and drawing took a decisively non-figurative turn and he developed a style not unlike geometric abstraction.

In parallel to his works on paper and paintings, Mousseau produced sculptures, jewellery, painted fabrics, posters, and stained-glass windows. He also designed sets, costumes, masks, and stage lighting during the 1950s. His “mousseauthèques”—discotheques with “multi-media environments”—made him famous in the 1960s. His large-scale murals include Lumière et movement dans la couleur (1961–62) at the Hydro-Québec head office in Montreal, which incorporates fibreglass and programmed lighting, and his emblematic Cercles (1966) in the Peel metro station. For Mousseau, who was also passionate about architecture, colour and texture, light and uncommon materials characterized his work. Mousseau died in his native city on February 7, 1991, at the age of 64. In 1997, a major retrospective of his work was presented at the Musée d’art contemporain de Montréal. 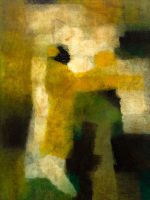 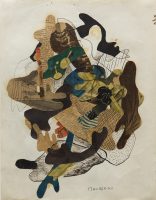 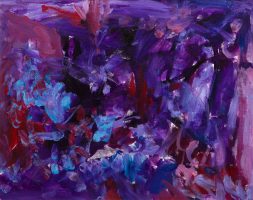